Michael Zaplitny, EA, CFP, is the principal owner and advisor of the Fireside companies. He graduated from Queensborough Community College, Bayside, NY (1966/AA), Hunter College CUNY, New York, NY (1969/BA and 1975/MA) and attended the CFP program at Adelphi University, New York, NY (1984/CFP). Mike obtained his Enrolled Agent (EA) license from the Internal Revenue Service in 1984. Prior to forming the Fireside companies, he worked as a high school teacher for the New York City Department of Education, a tax consultant since 1970 and served as a tax associate for two tax attorneys. Mike was a proud member of the New York State Society of Enrolled Agents (NYSSEA) and served the organization as a board member and vice president. He was elected president for the 1990/1991 term. After arriving in California in 1991, he specialized in representing taxpayers in Appeals status until 1999. He is currently a member of the National Association of Enrolled Agents (NAEA), the Mission Society of Enrolled Agents (MSEA), and the Financial Planning Association (FPA). When he's not busy at the office, Mike enjoys gardening, reading about the Civil War, and working on his opera. 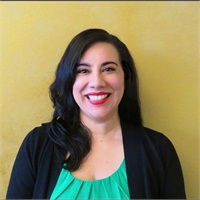 Andrea joined Fireside Tax in 2017 as an associate. She is a graduate of San Jose State University with a Bachelor's Degree in Business Administration, concentration in Accounting. Since graduation in 2007 she has worked with Certified Public Accountants, Enrolled Agents, and Accounting Specialists. She obtained her Enrolled Agent license in 2011 and is currently a Director on the NSEA Board.

When she is not working with tax rules and regulations, she enjoys spending time with her son and listening to him play his guitar. 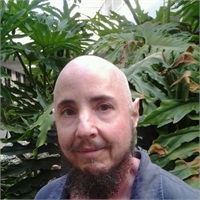 Jean began working as an administrative assistant for the Fireside companies in 2007. He enjoys music, visits to the flea market, and new developments in science.